Swiss voters (only four cantons opposed) want a change in organ harvesting. Three out of five voters nationally (two out of three in Ticino) have said yes to changing away from the consent-explicit system to the consent-assumed system. 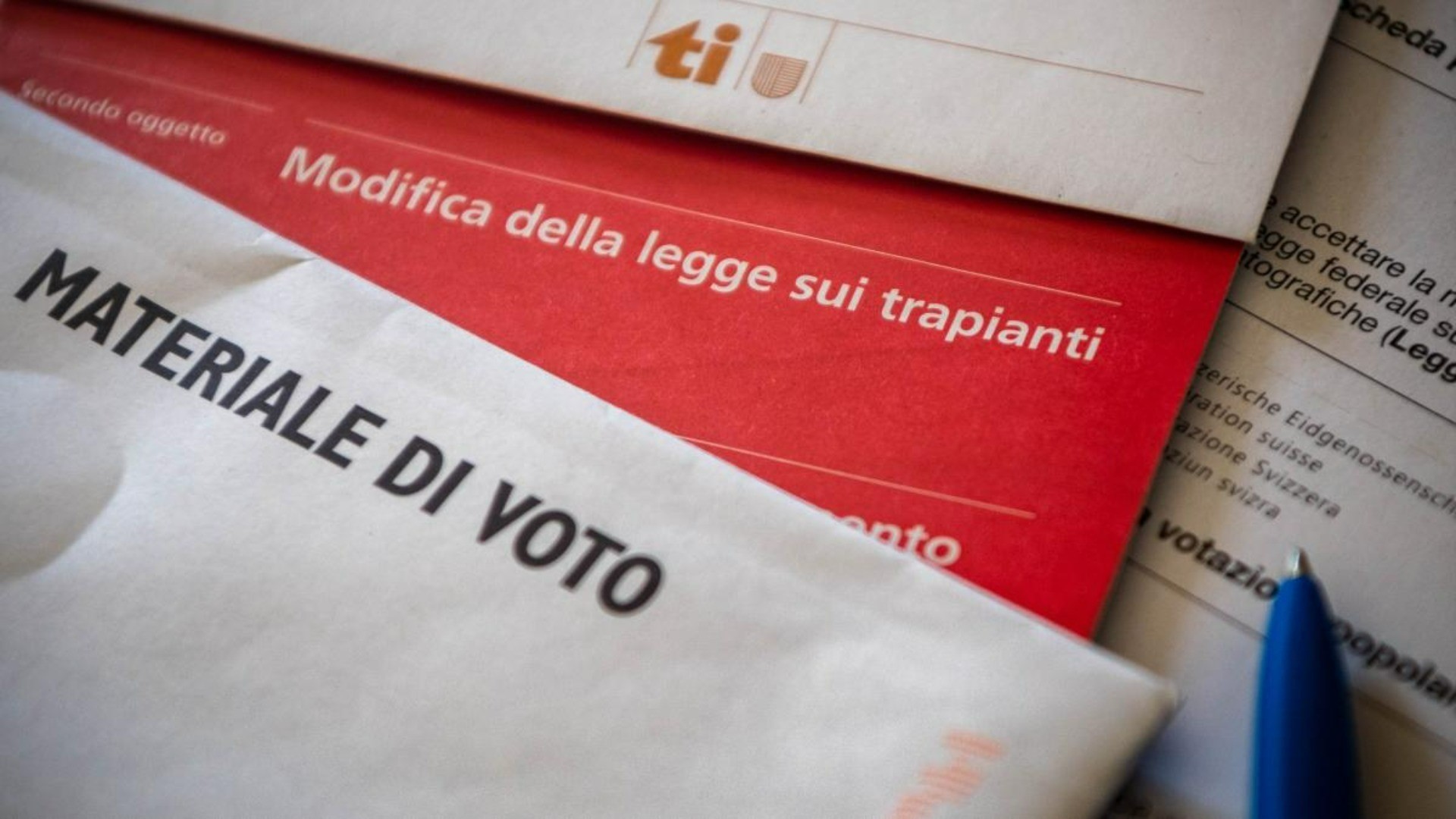 The result is clear.

The majority of Swiss voters (only four cantons opposed) want a change in organ harvesting. Three out of five voters nationally (two out of three in Ticino) have said yes to changing away from the consent-explicit system to the consent-assumed system.

Presently, a donor is anyone who willingly attests to this in a designated registry or living will. Very soon, however, anyone who, while living, does not indicate his or her opposition to a possible organ removal will be made a donor.

Family members' right of veto will remain, provided their relative fails to leave any indication. Switzerland will therefore also be joining the bulk of European nations-explicit consent remains only in Germany, Denmark, Ireland and Iceland-where this model is already in place, with very mixed results.

Spain holds the record with fifty donors per one million inhabitants, partly due to good organization of the system and its investment in outreach programs. In contrast, Poland (13.3 per million) has fewer donors than Switzerland (18.3 per million), where steady growth has been recorded since 2008, though less than expected. In the majority of cases so far, the wishes of the deceased are unknown. The ultimate decision rests with family members, who 60% of the time say no. It will remain to be seen whether with presumed consent, with the knowledge that exhumation becomes the rule, the relatives will really feel relieved of the moral burden of choice and will consent.

The broad support gathered by the proposal on the ballot should be interpreted as a signal of the willingness to consent to donate, which had already emerged in polls, and to shift the rules to save more lives by relativizing individual rights to self-determination. The question of efficacy, though, remains controversial, in part because the issue is very delicate, touching on intimate and profound beliefs-it is not easy to measure up to the issue of dying-and the way it is approached also depends on cultural factors that cannot be traced to a legal dictate. The change will not happen anytime soon. The mid-2024 is mentioned. The state now has two tasks. First of all, to determine how to register oppositions and to whom to entrust the management of this confidential information. The intent is to assign it to the Swisstransplant Foundation, which already is responsible for organ allocation, but not all agree. Then there is the technical problem of secure online registration via e-ID, which does not yet exist in Switzerland. But above all, there is a major information effort to be made, as reiterated by Alain Berset himself.

The move to presumed consent requires informed consent, for if everyone, on paper, is a potential donor, they must also know how not to be one at the time of death. "It is the duty of the competent authorities to provide information throughout the country. Only then is the new standard ethically and legally permissible," said National Medical Ethics Commission Chair Andrea Büchler (p. 7). Over six million people, basically all residents over the age of 16, should know what to do if they do not want to donate their organs. From this perspective, the referendum that was promoted against the revision of the Transplantation Law was useful. It enabled a public debate, preparing the ground, on a parliamentary decision that had hardly sparked debate outside the Palace walls. But the low voter turnout, the low media coverage of the campaign, and the fact that there is a strong and composite foreign community in Switzerland (with diverse language skills) may also indicate the difficulties faced in getting the message of system change across.

Without history, but highly significant, was the vote on "Frontex." More than 70 percent of voters approved the strengthening of the EU Border Guard Agency. A No vote would not have changed a thing to the status of migrants (on the contrary, the reform provides for more people at the front in the defense of basic rights), in the name of which the referendum had been launched. A yes vote is a decision under the banner of sharing responsibilities and security needs with European partners, but also a validation of the benefits that Switzerland's membership in the Schengen area ensures. Less clear, by contrast, though clear, was the yes to the "Lex Netflix," contested in the name of consumer freedom. A sign that the streaming giants' obligation to allocate a modest 4 percent of revenues in Swiss cinema is not considered a possible justification for raising subscription prices; while the demand to have at least 30 percent European films in the catalog is not problematic, since their programming schedule already provides for it due to market choices.