Changing communities in Lugano: the statistics

Statistical data on the number of nationalities living in Lugano from 2012 to 2021 reveal a decline in many communities such as Portuguese, Serbian and German - There are fewer Ukrainians than Russians or Poles today, but numbers may soon be very different 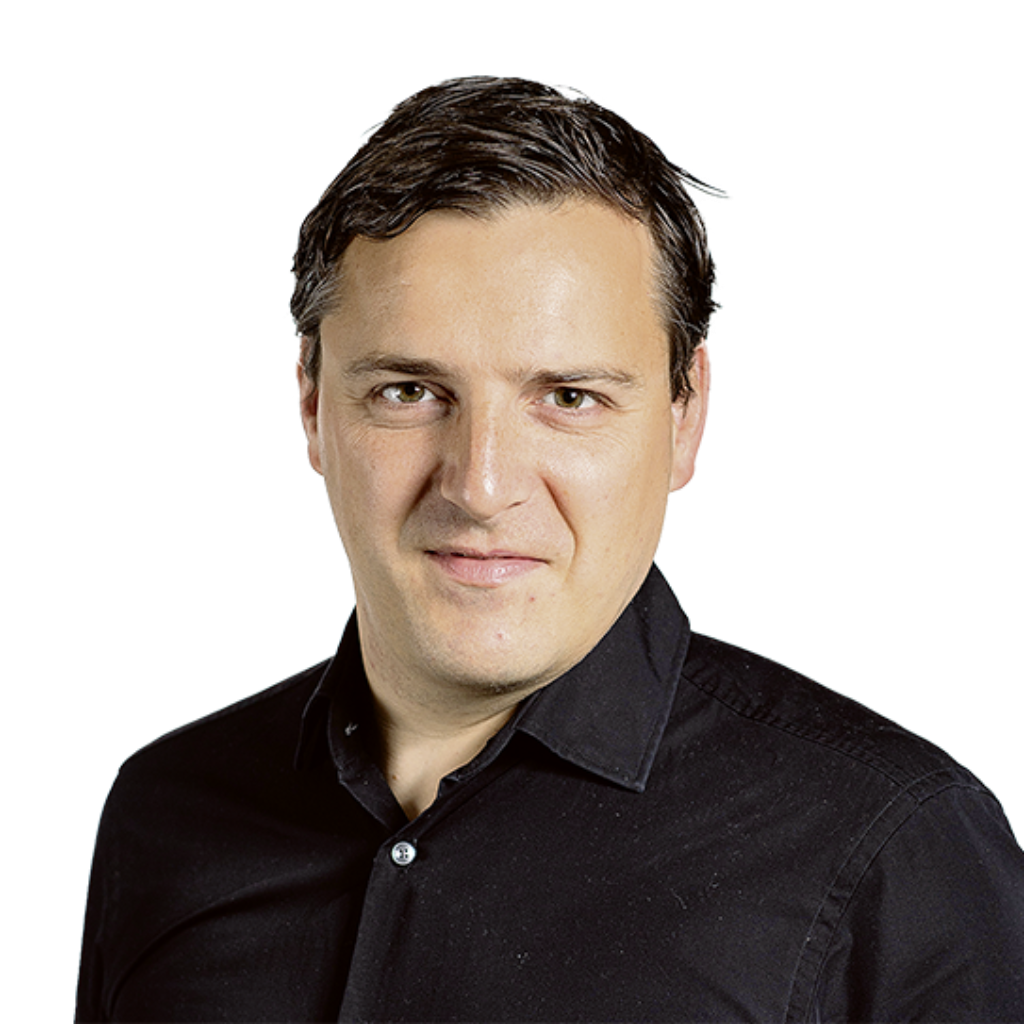 More Italians, French, Romanians and Eritreans, fewer Swiss, Portuguese, German and Balkans. Lugano has more than one hundred and fifty different nationalities indicated in its " passport ". One hundred and fifty pieces which, as if in a mosaic, compose its multi-cultural identity. Quite clearly, it is an ever-evolving pattern, among those who arrive, some who pack their bags, and some who say goodbye to it. Data in the table above, supplied by the City's Urban Statistics Service and spanning the last decade, reveal several interesting trends.

We begin with the two most represented nationalities: the Swiss, the home nationality, and the Italian, the neighboring nationality. There has been a slight decline in the number of residents holding Swiss passports:_last year, for the fourth consecutive time, it was below the forty-one thousand mark, which it reached instead in the six previous years. In contrast, "blue" nationals residing in the city--or dwelling:_B permits are also counted--nearly 1,500 more than in 2012, though they have been declining for the past five years. An interesting detail should be taken into account when comparing groups: people who have dual passports, meaning Swiss passports as well as the passports of another country, will be counted as Swiss.

Scrolling down the table, the decline of communities such as the German, Portuguese and Serbian communities, all of which have lost several hundred of their representatives, stands out. In recent decades, Serbs and Portuguese had been major players in migration trends. It is true that some of them might not have left physically, but only statistically, i.e., by taking Swiss nationality, but there seems to be a tendency to leave, sensing in particular some members of the Serbian community. One cause could be the desire to return to their homeland, perhaps to enjoy their retirement with less financial worries -- a decision also made by several Swiss who go abroad at a certain age -- after a life of work on Swiss soil. Focusing on Balkan countries, the decline of Serbs goes hand in hand with that of Croats and Bosnians, while Kosovars have increased.

The central part of the table offers no notable cues. French and Romanians are up marginally, and Spaniards, Turks and Britons are declining slightly. More marked is the decline of Brazilians and Americans, who are respectively about fifty and a hundred fewer, while Eritreans, Sri Lankans and Afghans account for more.

We conclude our "journey" in Eastern Europe. Besides Romania and the Balkan countries, the nations most represented in Lugano include_Russia, Poland and Ukraine, and in the past decade their communities have all grown. Of the three, the Ukrainian community in the city is the least numerous. So far, because the war has changed everything.

A challenge, in any case

Encouraging the coexistence and integration of all these cultures is a challenge for the City, however one thinks about multiculturalism politically. On the ground it is taken care of by the Prevention and Integration Sector of the Sociality Division, which "promotes activities to encourage social cohesion and supports organizations and associations that also work in the area for the benefit of the migrant population," as the department explains. "Through targeted projects, active citizenship is encouraged as a huge opportunity for social inclusion." Being together and doing things together to live better together, no matter the color of the passport. 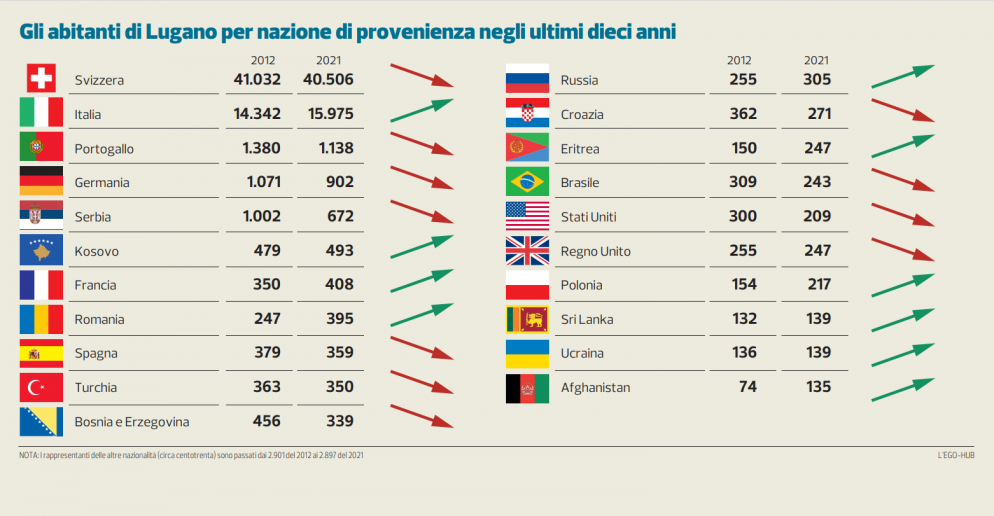 Natasha 29-year-old Serbian born and raised in Lugano, , told us her story.

Her parents came to Ticino in the late 1980s, just before the war. They became integrated and bought a house, then upon retirement they decided to return. In contrast, Nataša had never thought about it. At least until the summer of 2018, when in Serbia she first met Mihajlo: her future husband. They were married last year after delaying because of the pandemic, which kept them apart for six months. They both contemplated staying in Lugano, but quickly dropped it for career reasons. She, a nurse, can safely practice in Serbia. He, in a responsible role in the police, cannot do the same in Lugano. Financial factors also weighed in. "I have always wanted to have a house with a garden: it is difficult here in Lugano, while in Serbia most people have their own home in the country. Life is different there, then: there is less stress and people help each other a lot." However, there is no shortage of concerns: "Switzerland gives you security economically. And also in terms of health care. In Serbia the system is like the Italian one and you are always waiting a lot, unless you pay and make a private visit. One more thing: since the war started in Ukraine there is a bit of worry; more so than in Switzerland." The change, for Nataša, will not be easy on a cultural level either, despite her dual passport. "In Switzerland, under my ic, I have always been the Balkan girl, and in Serbia I think I will continue to be seen as 'the one who comes on a vacation.' I will have to perfect the language:_now I speak better Italian than Serbian." In Ticino, though, she plans to return often, having friends and a few relatives. " I will miss the beauty of Lugano: the order, the cleanliness, the mountains, the lake, the parks. After all, the_best years of life I have lived here. However, I will not miss the concrete, the traffic and the fact that the days are too organized: it feels like being on the inside of an agenda." Like the one of things to do before leaving. Do ponovnog susreta! Goodbye, Lugano!