Sweden and Finland have submitted their respective membership applications to NATO, but Turkish president raises the stakes - "We don't have to say yes to every proposal that comes along, there are sensibilities to be respected" - Ankara's goal is to put pressure on Biden 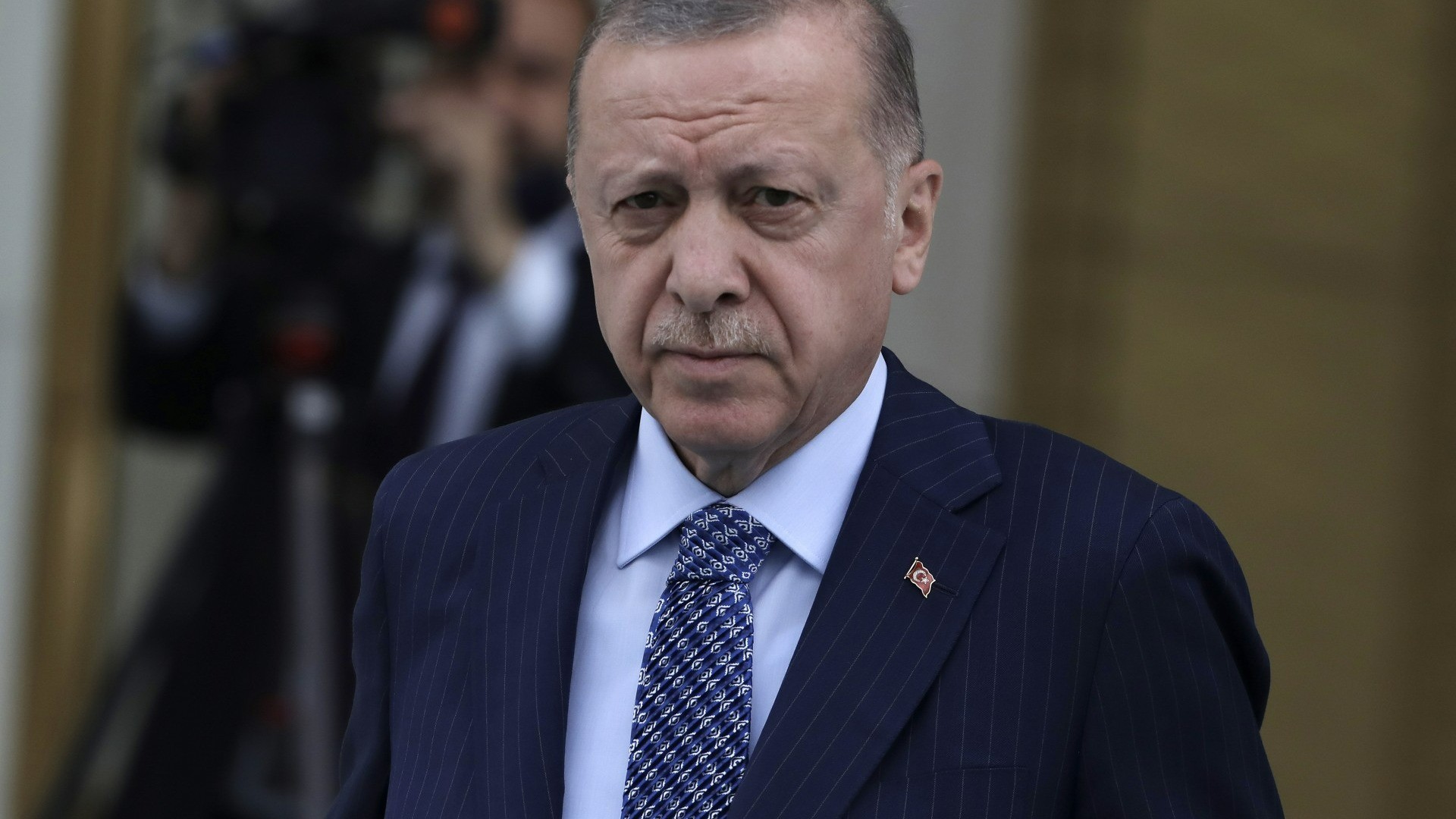 Turkey's president, Recep Tayyip Erdoğan, is seeking to turn the accession of Sweden and Finland to NATO into an opportunity for Turkey and, more importantly, a boost ahead of next year's vote, when he will seek his third consecutive reappointment as head of state after more than 20 years at the helm of the country.

Driving this operation is perhaps the mother of all Turkish problems, whether real or alleged: terrorism. Which may be Kurdish or Gulenist in origin, that is, the other major branch of Turkey's Islamic fundamentalist right, which Erdoğan, over the years, has transformed from an ally of convenience to the country's number one enemy.

The fact remains that yesterday, while the photo of the ambassadors from Helsinki and Stockholm delivering their countries' membership applications to NATO was making the rounds, newspapers were reporting Erdoğan's statements, the meaning of which was quite clear. "We do not have to say ''yes'' to every proposal presented to us," said the Turkish president. "NATO expansion assumes value only if our sensitivities are met. Strong words, which in part must be referred to an internal communication strategy. Especially when one considers that Sweden, since the so-called failed coup of July 15, 2016, has housed on its territory dozens of intellectuals who have sought political asylum and Kurdish militants who, if they had remained in the country, would have ended up in jail. The protests in Ankara could do nothing against the foundations on which Sweden's democracy is based, and so the president, albeit objectively, was forced to give up the pressure. The theme of revenge against Stockholm in particular, therefore, certainly exists, but it is certainly not the only one.

The ultimate addressee of Erdoğan's demands is Joe Biden's United States, which, so far, has been finding ways to downsize Turkey, once a staunch and strategically minded ally, but whose foreign policy has become increasingly assertive, aided by the fact that the last two administrations, Barack Obama's and Donald Trump's, respectively, have each in their own way left Ankara plenty of leeway. Even before he took office, Biden and his secretary of state, Antony Blinken, let a reluctant Erdoğan know that a new course in U.S. foreign policy had been inaugurated. Unfortunately for them, this strategy worked in peacetime, but in wartime the balance shifts. Especially if Erdoğan is objectively in trouble and can use a momentous event such as the admission of Sweden and Finland to NATO as the arrow to his bow.

Turkey votes next year, and he arrives at this important date with a drop in the polls and, far more seriously for the president, a faltering economy, which has always been the main reason for his election success,. Growth in GDP in 2022 is expected to slow. The last hope is a record-breaking tourist season, and this is where Russian tourists can make a major contribution, not least because the Crescent is now the only NATO country that has not implemented sanctions on Moscow, which could counterbalance this by sending millions of tourists to the Turkish shores already gearing up to welcome them. Russian support, however, is only needed up to a point to win elections, and this is where in Erdoğan's short-term, hyper pragmatic foreign policy the US comes in, albeit through NATO. Turkey has a very specific set of demands, which just late last night U.S. Foreign Minister Mevlut Çavuşoğlu delivered to U.S. Secretary of State Antony Blinken. Ankara wants to be comprehensively rehabilitated in the eyes of Washington, which automatically means being looked at with new eyes by the rest of the Western world.

First, Turkey wishes to be readmitted to the F-35 program, from which it had been excluded following its decision to purchase the Russian S-400 defense missile system. A choice that, made by NATO's second largest numerical army, was assessed negatively by the entire Atlantic Alliance. Also from the military point of view, the crescent would like to be able to acquire new and refurbished F-16s from the U.S., failing which to approve a procurement with its Russian counterpart (with whom, however, no agreement has been reached after months). Because of this, and despite the particularly high price for its yes, Turkey seems destined to achieve far less than it asked for.