Meeting up with Niccolò Branca

A story about the iconic Italian liquor brand 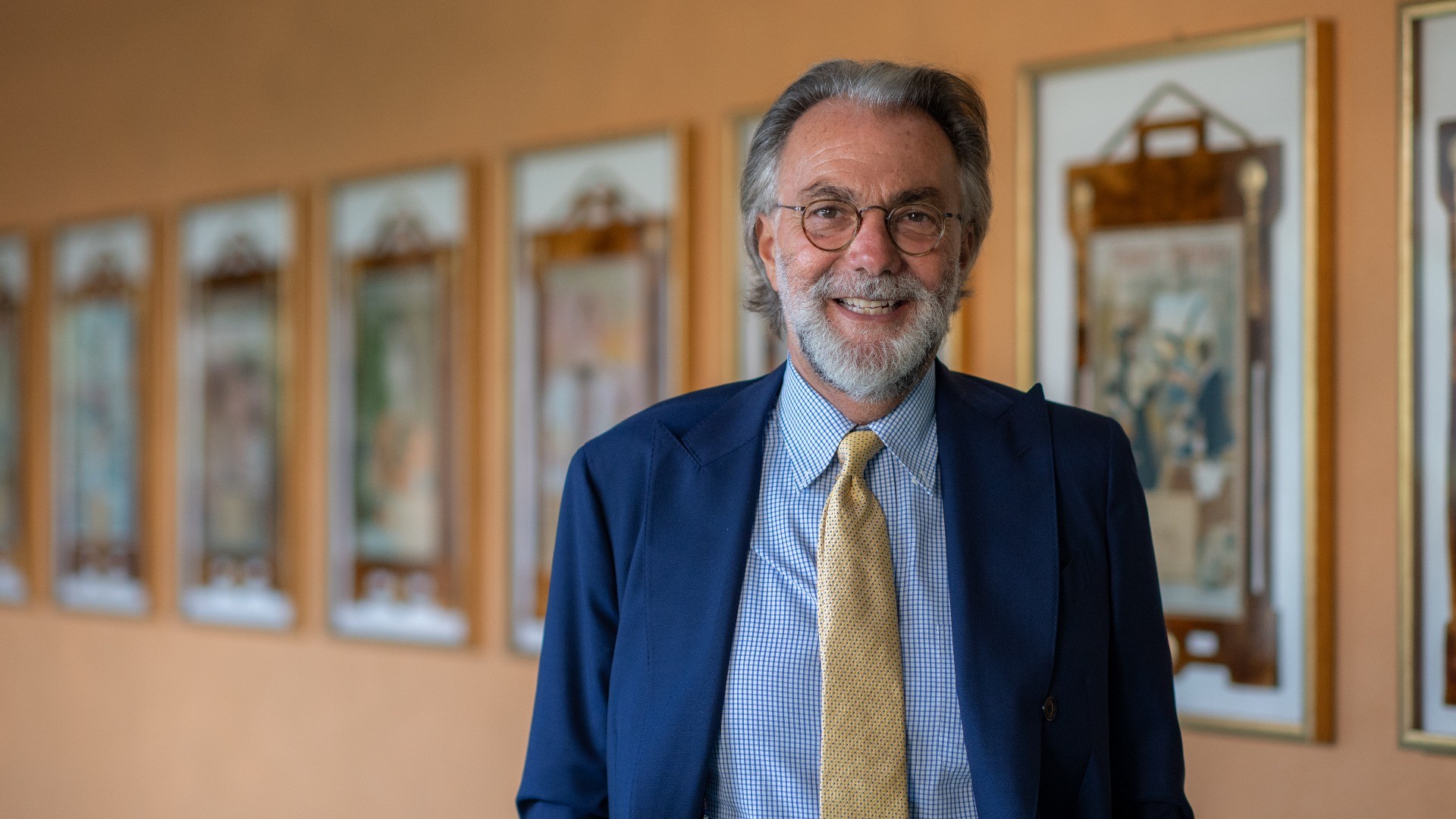 Twenty-seven herbs, roots and spices sourced from around the globe. For one hundred and seventy-seven years. Decocted, steeped, refined and transformed into a sort of elixir, which is then distributed globally. In this circular process lies the essence of a liqueur known the world around: Fernet-Branca. And of the success of Bernardino Branca who - with courageous intuition - instead of using local herbs, looked further afield for his product. Challenging the logistics of the time (his first tonic liquor was made in 1838), he had the ingredients - with evocative names, zedoaria, galanga, myrrh, but also reassuring ones, rhubarb, lime and chamomile - arrive from the most disparate places. He thus obtained an almost mystical mixture. Originally created as a remedy, it was dosed by hand in a «secret» room: today technology allows the formula to be made using an encrypted method to protect its integrity, while the original document is kept in a bank safe. «The day I received the recipe, I felt an enormous emotion: it was history coming straight into my hands», says Niccolò Branca, whom we met in the historic Milan headquarters, an entire block of the Scalo Farini. Fifth generation, president and CEO of the Branca International Group holding company that has operations in Italy and Argentina, Niccolò Branca welcomes us in the elegant and spacious corridors that house the company museum. «When I read the ingredients I wanted to test them to understand the secret of the formula and I realised that one of the secrets is that if you change the dosages, the formula is no longer the same. 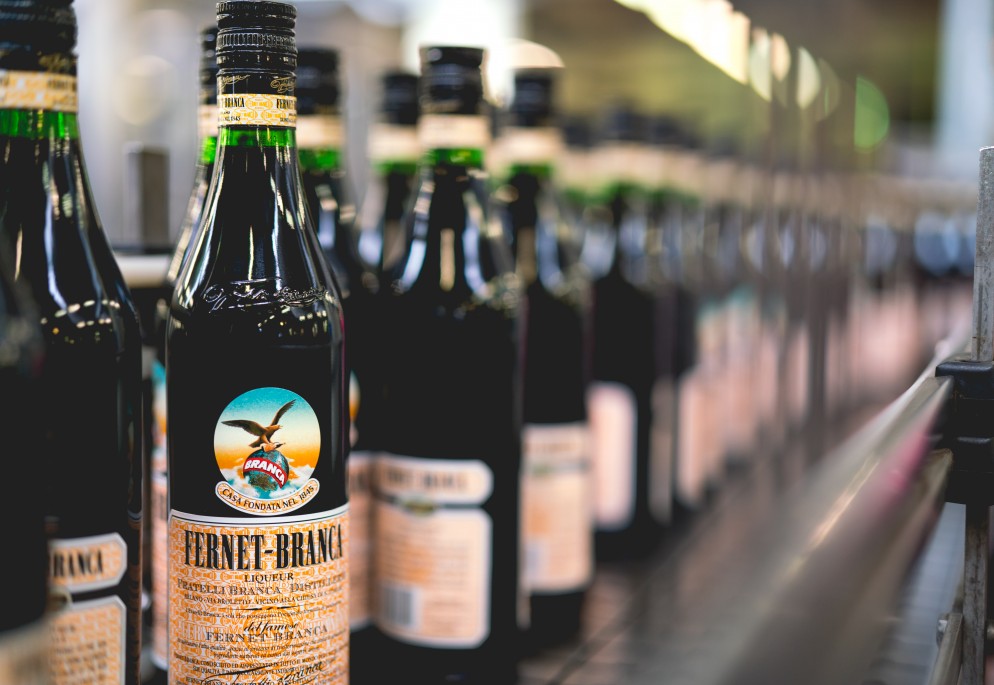 It is just as if the sum of the parts, the way the formula is created, is more than just the sum of all the parts. This is also why it is so successful and why it was able to start its journey in herbal shops and then in pharmacies where it was on sale until 1950. I like to imagine my great-great-grandfather as an alchemist who, by combining herbs and roots, discovered the formula that could benefit people, as a digestive, anti-choleric and remedy for various ailments. The secret is in the recipe, but it also lies in a complex production process. The decoctions and steepings take place in a particular sequence». Walking through the corridors of the Branca museum is a journey through time and the world. One finds there an open mindset, a pioneering spirit and a vocation for internationality. One need only think that in 1860, a manager of the time, Mr Hoffman - an area manager, we would say today - left Milan with his suitcase of samples for Argentina, an uncertain ocean crossing that took weeks by ship. Argentina, along with France and Switzerland, was to become a key country for the company’s expansion. In 1926, authorisation was granted by Dino Branca to Hofer e C. of Buenos Aires to manufacture Fernet from the extract arriving from Italy. In the same year, the Saint-Louis plant in Alsace was opened, and 1932 saw the establishment of the joint-stock company Fratelli Branca Distillerie in Chiasso. Strategic business choices with a view to reducing transport and distribution costs and neutralising the protectionist economic policies that were spreading. 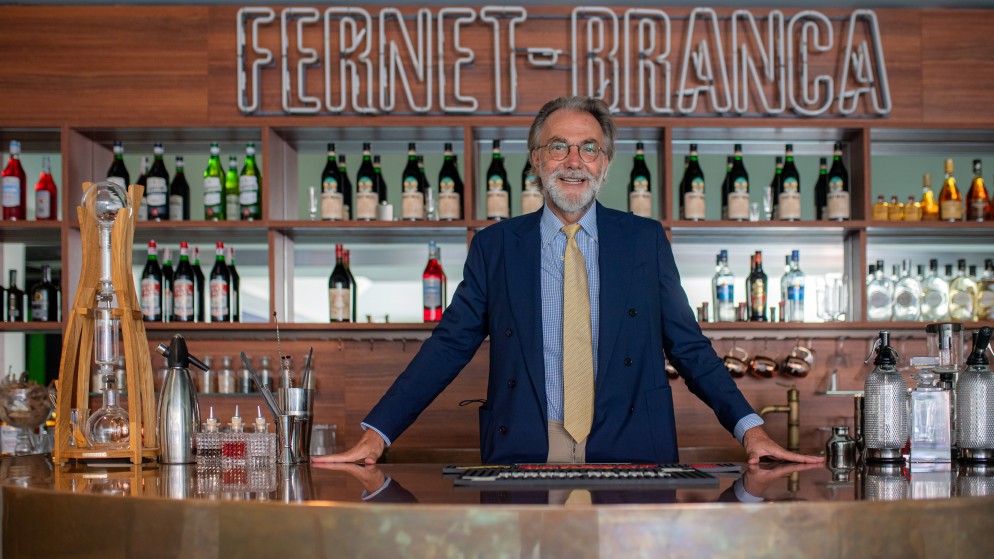 «We had a great affection for the Swiss headquarters», says Niccolò Branca, «even though the business ended in the 1990s. The other strong bond we have is with the city of Basel, given its physical proximity to our former distillery in Saint-Louis: since 2004, converted into the Espace d’Art Contemporain Fernet Branca, it fits fully into the cross-border cultural context». The graphic design section of the Branca Museum with its collection of postcards, calendars and advertising posters from the last century confirms an early and intense creativity: they were even printed in Arabic and Cyrillic, following a marketing approach that was perfected year after year, culminating in the famous campaigns with the ingenious pay-off for a digestive: «Sopra tutto Fernet-Branca, inimitabile» (Above all Fernet-Branca, incomparable). During the economic boom came another intuition that is allegedly based on a legendary story: it is said that Maria Callas always wanted to add a few mint leaves to her beloved Fernet. So a variant was created with the most precious essential oil of Piedmontese peppermint, following the quest for innovative flavours sought in the 1960s. It is a fact that, legend and marketing strategies aside, the «thrill of intense pleasure» of Brancamenta, the ice sculpted glass and the sound of ice cubes falling into that glass are now part of the popular culture. In addition to Fernet and Brancamenta, Punt e Mes and Vieux Cognac (which since 1956 has been called Brandy Stravecchio: connoisseurs love it added to their coffee), the family has over the years acquired, among others, Carpano Antica Formula and Carpano Bianco and Classico, Grappa Candolini and Caffè e sambuca Borghetti, respectively. «We wanted to stay true to the motto: novare serbando» Branca explains. The recent decision by the Migros cooperative in Switzerland to maintain the ban on alcohol sales - which has been observed in shops since 1928 - leads us to reflect on the future of alcohol: «Drinking requires awareness, because anything done in excess can only have consequences. We are for “Mediterranean”, balanced drinking, in small sips. The world of alcohol has changed and we are moving more and more towards moderate drinking, but better drinking». Awareness is on the other hand a key word for Niccolò Branca, who has been practising meditation for thirty years and has integrated his leadership with a humanistic dimension: «Centring yourself means taking care of yourself and others, something that can help you every day, even in the world of work. We are “seized” by the sequence of our thoughts and tend to identify with them. Instead, it is the thought that thinks inside you. Meditation helps you to exercise this detachment and observe your thoughts». In Niccolò Branca’s studio, the desk is a large round table representing the circularity of ideas and information: «Circular thinking means trying to learn from everything and everyone and then finding a common point», he explains. «I always use this metaphor: we are our own entrepreneurs, but the entrepreneur is on holiday and within us there are workers, managers, CEOs and presidents, all fighting each other to run the company. These characters are the sensibility, the perceptions about situations, about people, the emotions that take over us. Then we have unconscious, subconscious, mental conditioning, conformity, the spirit of the times and the collective unconscious. If you are not aware you end up being a sort of puppet in the hands of those who pull the strings». In his book Per fare un manager ci vuole un fiore (Marcos y Marcos), Niccolò Branca introduces the evocative metaphor of becoming the artist of one’s own life: «If each one of us, in the small domains - but also in the chambers of power - before acting would deposit the reasons for a particular choice in our hearts, the world could improve without any kind of revolution. The revolution must be made inwardly».