From New York to Wil, and now in Ticino 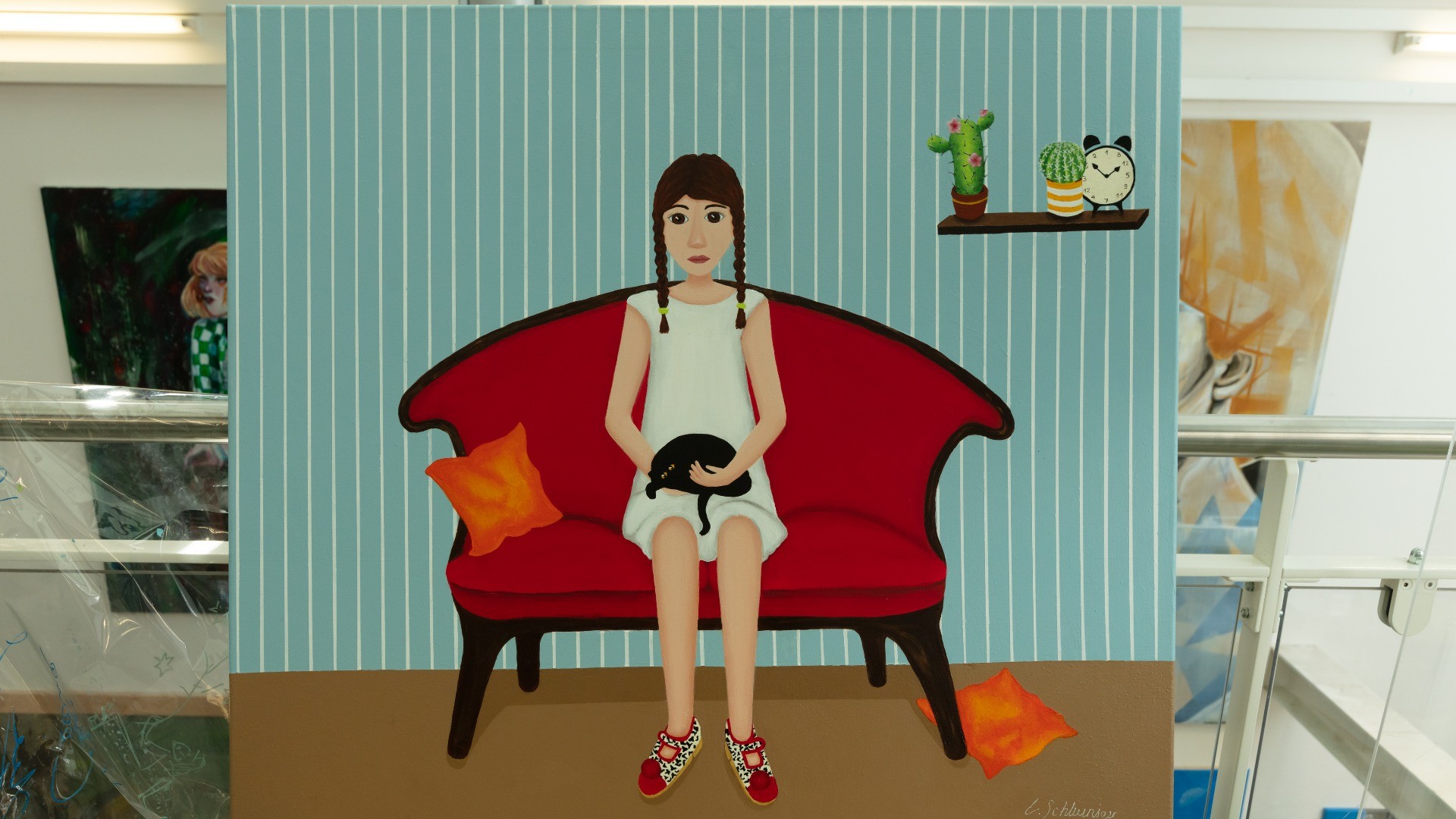 «To change identity from the mentally ill to the artist» is the mission statement of the Living Museum, a network of art asylums, the brainchild of Janos Marton, a Hungarian psychologist-artist, and Bolek Greczynski, a Polish artist who in 1984 established the first one in Queens, New York City. The second Living Museum was opened in Wil, Switzerland, which is where the Living Museum Society is now headquartered and from where it has spread internationally. From Wil, dozens of volunteers have been trained to open new Living Museums and facilitated the worldwide opening of another sixteen «branches», eight of them in Switzerland. It all started and still does today from Wil.

It was here that Rose Ehemann, the facility director, brought the Living Museum in 2002, placing her workshops at the heart of the St. Gallen North Psychiatric Hospital with the ambition to change the patient’s perception of themselves through the expression of their creativity. The Living Museum is a large and significant psychological and social adventure. In a haven of peace and workshops dedicated to painting, sculpture, clay, and glass modeling, here in Wil and at the other locations, patients become artists through nonverbal communication that only art can enable. Implementing the classical therapy pursued in the different areas of a facility that looks like a quiet village within an equally serene town in the Swiss Confederation. «In contrast to traditional analysis, therapy does not occur in the presence of a therapist but solitude. No one is watching you express yourself here», explains PUL, one of the patients. But privacy does not mean isolation. The workshops inWil are bustling with people. It is a stimulating environment. Artworks cover the walls in and out of the buildings, coloring them and inspiring ideas, even by just walking past them on your way to the cafeteria. The meditation necessary to express oneself in any art form practiced in the center’s workshops encourages mental tranquility, essential to give space to the imagination and allow creative peace or emotional and cathartic turmoil. It is an entirely different experience for everyone, but the lowest common denominator is to enable everyone to be manifest. «Now we have the feeling of finally being noticed. People take notice of us», quite a few artists-in-residence told us during our visit. «Holding a paintbrush calms my hands, and for the first time in my life, I feel proud of something I do», added Christoph Brack, one of those artists.

The finished work provides social recognition if creation helps them find their center. Invisible to a society’s judging eye that too hastily chooses to overlook them, it is through their creations that these artists reclaim the attention that has been denied them and muster the admiration and acclaim necessary for any of us to assert our existence within a community. For many, this exposure is further developed into exhibitions or displays in venues independent of the Living Museum. Such is the case of PUL - the artist whose nickname has now become a stage name - whose works were exhibited at Stakeholder-Konferenz Sucht, or Corina Schleuniger, who this September will be exhibiting her canvases at Kunst im Foyer in the hamlet of Bronschhofen, one of Wil’s most important art galleries. She was previously invited to several podcasts and events, participated in the «Tagträume» exhibition at the Museum in Lagerhaus St. Gallen, and sold many of her paintings. These are just a few examples of the Living Museum’s success, which welcomes about 1,300 patients each year, a truly remarkable number: the most common diagnosis being emotional disorders (32 percent), addiction (29 percent), and schizophrenia (22 percent). Treatment, even through art, is not enough. It is essential to integrate. Therefore, it becomes necessary to dispel some myths and defuse that aura of romanticism created by a superficial narrative that created the stereotype of the borderline artist, reducing mental illness into a price to be paid for the sake of art. It’s a dangerous romanticization. Valid only for the so-called healthy to ward off the disease and, in some cases, for patients to justify it.

The connection between art and mental distress probably has more to do with a common character feature that precedes them. An uncontrollable innate curiosity that won’t allow oneself to be content with society’s conventions. A genuine urgency, an obsession to always explore and dig deeper, outside and inside oneself, peeling away layers and layers of self-defenses and mechanisms that obstruct one’s direct perception of the world. An attitude towards life impossible to oppose and mostly neglected by the community. Most people do not care about creativity; their jobs, commitments, and families occupy their days. They have no time to devote to art until something dramatically changes their routine. When they find themselves suddenly struggling because of the loss of a loved one or simply because they have fallen in love, that’s when they seek a song, a film, a poem, or a painting. An artistic expression that would suggest them a way out or emphasize and validate the emotions they feel at that given moment. Suddenly art is vital and saving. It ceases to be a luxury and becomes a necessity. It acts as an emotional compass that assists us in understanding how we feel, confirming universal feelings, and placing us emotionally on a map of the human condition. It allows us to simulate scenes and moments from our lives safely. It is not true that we are all creative, but we all do imagine. The human being, the only animal aware of its mortality, has always sought refuge in imagination to understand its existence. Those most predisposed to question everything and themselves firstly will inevitably themselves living on the edge of sanity and of the known. Who else is an artist but one who ventures beyond the frontier, pushes forward, leaping into the dark, and then returns to offer the fruits of their quest to the community, heedless of any payoff? A vulnerability that dramatically adds to the fear of death. 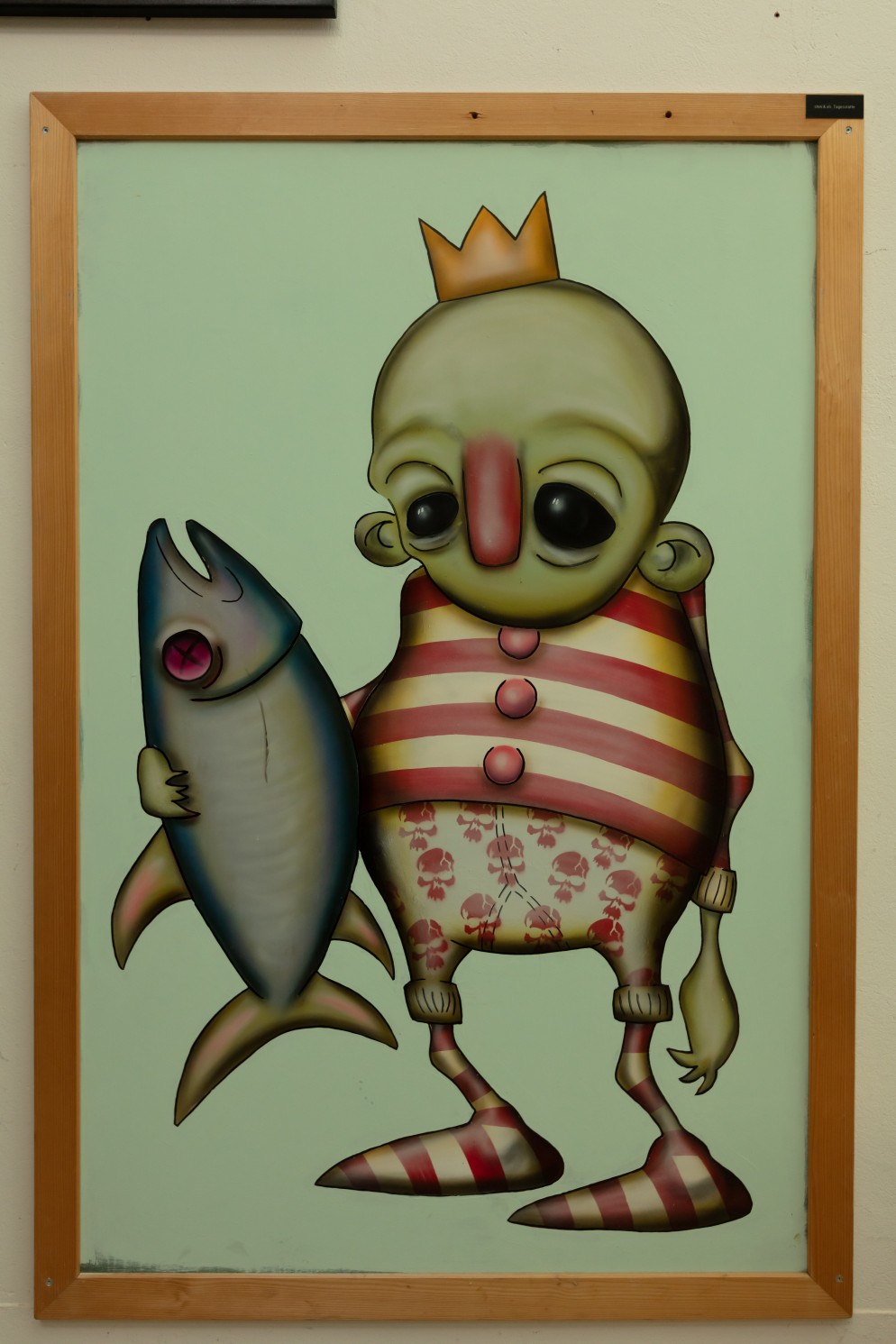 Artists are the antennas of a community. «If the first revolution», Rose Ehemann explains, «came at the end of the 18th century with the liberation of the mentally ill from their chains, the second with the introduction of psychotropic drugs, the third with Freudian and Jungian analysis, then here the fourth was the Living Museum itself. The fifth can only be the integration of patients into society». It is not only because a well-attended and cared-for patient has a lower cost on the health care system, but also because it can only be defined as a community if its people care for each other. The Living Museum’s presence can become an incubator of creativity, generate art from within, attract just as much from outside, and provide well-being. An entity such as the Living Museum represents enrichment for the community to the same extent as a cinema, theater, or library. From this point of view, there could be great news for another Swiss canton, Ticino, where an ambitious compound dedicated to contemporary art is being built in Biasca. The old military arsenal will host deposits of artworks for the public and for private collectors, laboratories, and galleries (last March, Hub dedicated an extensive article to the subject). And perhaps also - a hypothesis being examined these days - a new home for the Living Museum, one of the twenty-five under construction in the world. «Art-designated facilities need to be filled with creatives, and the Living Museum in Biasca will be essential both for the community and in attracting artists of all kinds», Christiane Tureczek, the president of the Living Museum Ticino Association, explains. «Unlike Wil, we see our Living Museum, wherever it will be based in Ticino, not within a psychiatric facility, but it will become the point of reference for various hospitals, organizations, and representatives of this sector, with whom we seek collaboration. It will be a workshop ready to welcome anyone from the entire canton who is in need. We expect to open it next year. The basic idea is that art makes everyone feel good». If the Living Museum's goal is to change the patient's idea of themselves, then a 21st-century society should make a new evolutionary leap whereby communities learn to appreciate each individual's contribution. So if we want to romanticize something, let's dream of an empathic revolution. With this new developmental leap, communities will learn to take a more comprehensive measure of each individual’s contribution. Consider how many people travel to visit art cities and small remote towns and how much art has contributed to achieving equality and social justice. Brian Eno describes art as «everything that is not essential but which human beings cannot resist». He uses the humble example of the screwdriver: an object with a particular use and which half of it, the metal part, the essential part, leaves no room for interpretation, and yet, as soon as its functionality ceases, creativity reigns, the handles becoming any color, shape, and material. If art begins where the bare necessities end, an old disused military compound could be the perfect place for a creative transition.