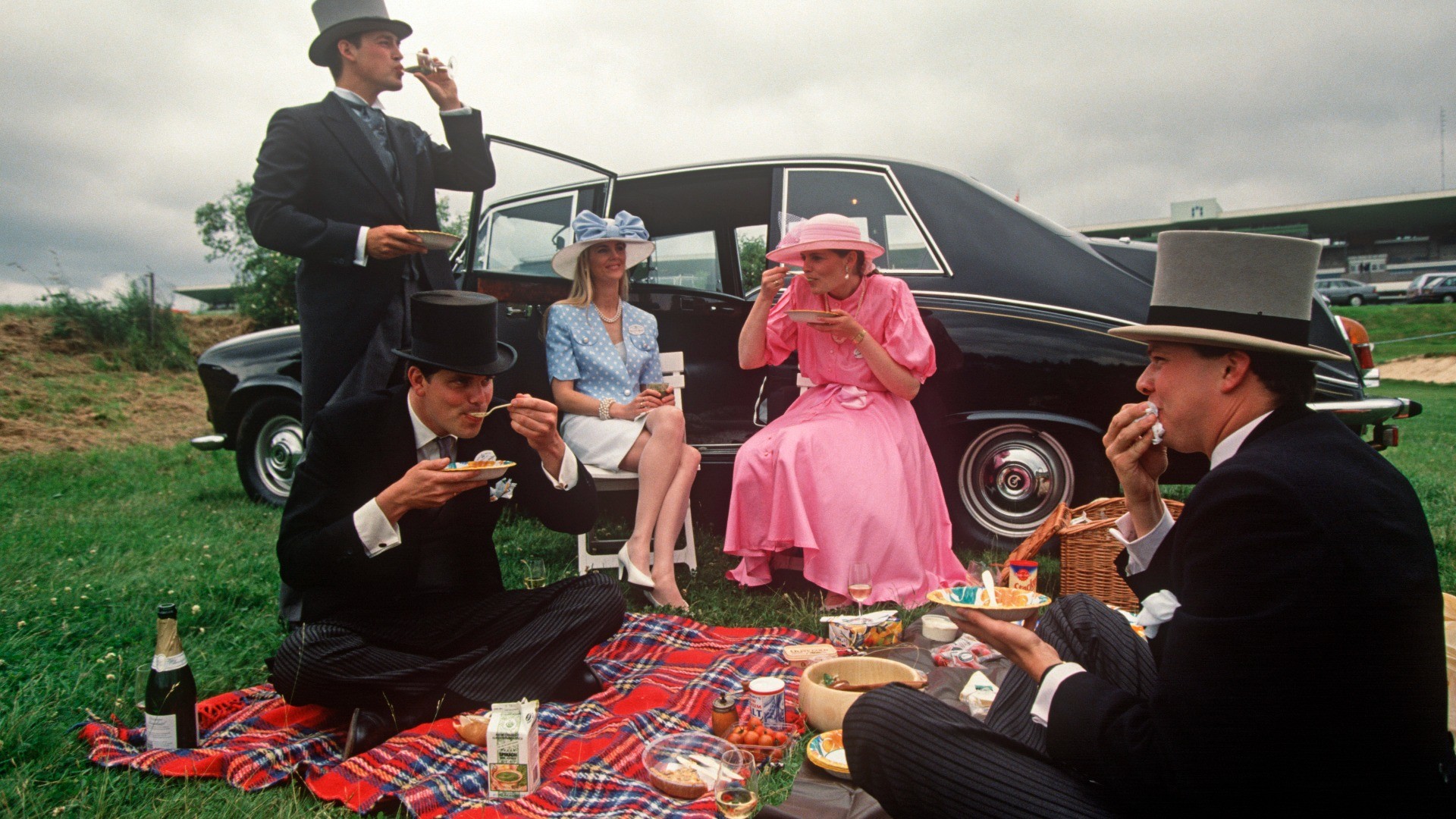 Royal Ascot racegoers picnic on the grass of an event car park, on 18th June 1992, in Ascot, England. Trays of food and two bottles of Champagne have been consumed during a break from betting and socialising. They are dressed in formal morning dress of top hat, waistcoat, tails with two of the men wearing red roses in their lapel button holes, all traditional and obligatory dress code in the Royal Enclosures which can be seen by visitors in the public car parks near the famous Berkshire race course. Royal Ascot is held every June and is one of the main dates on the sporting calendar and social season. (Photo by Richard Baker / In Pictures via Getty Images)
Carlo Cambi