Lugano Elegance is to foster the culture of vintage automobiles in Ticino by promoting local culture through collectors: 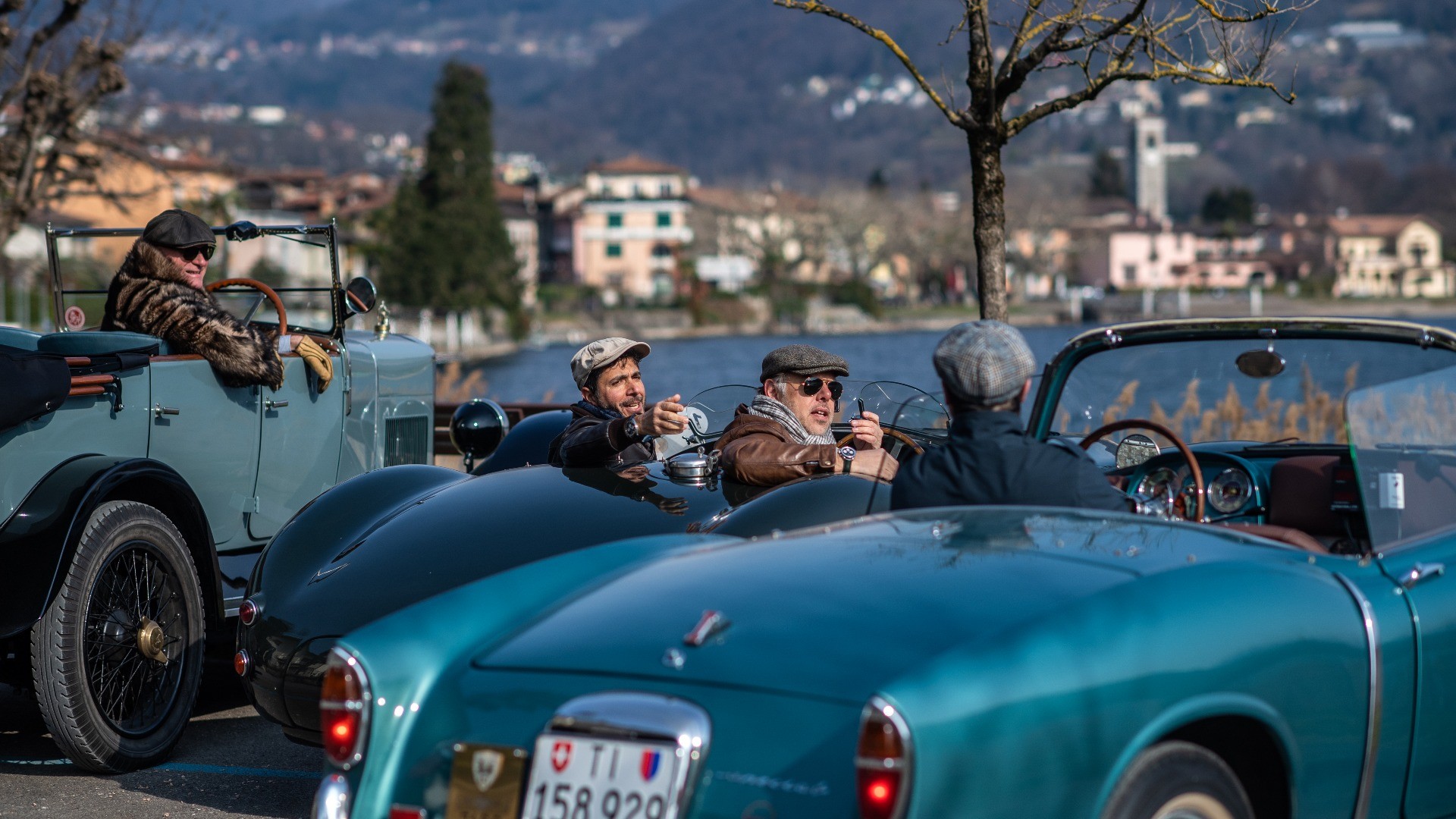 The aspiration of Lugano Elegance is to foster the culture of vintage automobiles in Ticino by promoting local culture through collectors: the contest, created and organized by the Monteceneri Lions Club, will parade and award a number of splendid historic vehicles on April 30 in Piazza della Riforma. «The automobile is not just a means of transport, but a driving force in human history. It is also an industrial and social catalyst and accelerator of progress», emphasizes Massimo Albertini, coordinator and cultural promoter of the contest. «The origin of Lugano Elegance fits naturally within the furrow of the charity events of Lions In Classic, which were already held by enthusiastic collector Claudio Mosconi as early as 2013, but from the outset it aimed to establish itself as a new international benchmark for enthusiasts. In this respect, the first edition of 2019 was an exploratory one, whereas now, after the hiatus caused by the coronavirus pandemic, there’s a great desire to once again bring the cars out of their garages and allow connoisseurs, enthusiasts and the simply curious to enjoy them». As we write, entries are still open for the Competition and the categories will be adjusted according to the applications accepted. The selection committee intends to create ten classes (Prewar, American Muscles, front-engine Gran Touring, mid-rear-engine Gran Touring, English Sports Cars, 4-cylinder twin cams, Italian Discoveries of the Fifties and Sixties, Lancia rally icons, Formula Cars, Limited Edition) from which a Best of Show will be decided, as is the custom of the major international classics of elegance, ranging from Villa D’Este to Pebble Beach. As a footnote, the Best of Show Trophy was the brainchild of Marco Pagot, whose surname refers to the famous Calimero and Grisù il draghetto. «The jurors will be the same as those of the Concorso d’Eleganza di Villa d’Este, to guarantee a very high level of expertise. With respect to the Como-based event, we have a more confidential, public-facing and distinctly romantically inclined tone. No futuristic concepts or contemporary cars, just to be clear. We aim to be as evocative as possible: we refuse to compromise upon the allure emanated by the cars on display. 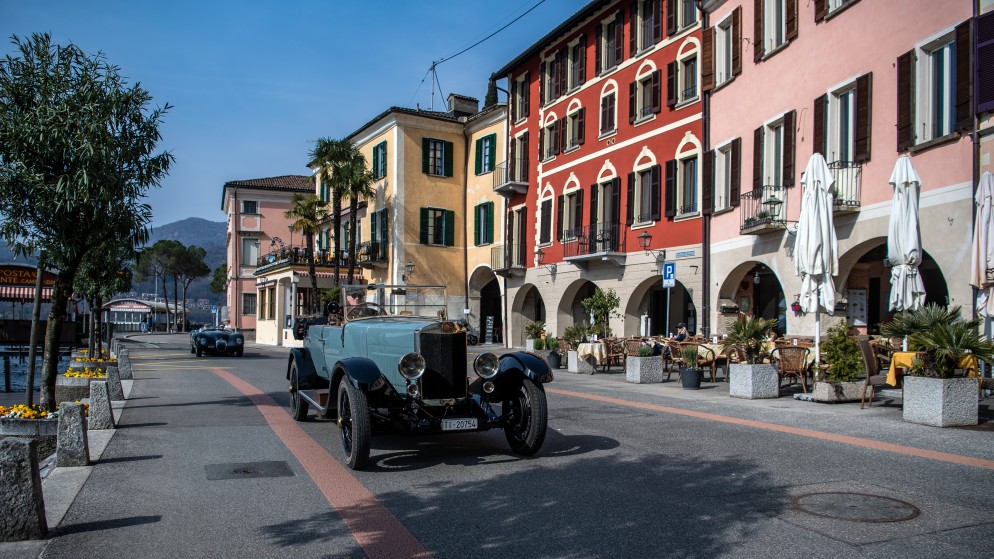 We will have a line-up of truly exceptional cars, of course, including many Lancia sportscars, Formula cars and an Arnolt Bristol Bolide by Bertone, but not exclusively custom-built cars or those for the wealthy. Despite the fact that the 2022 edition of Lugano Elegance 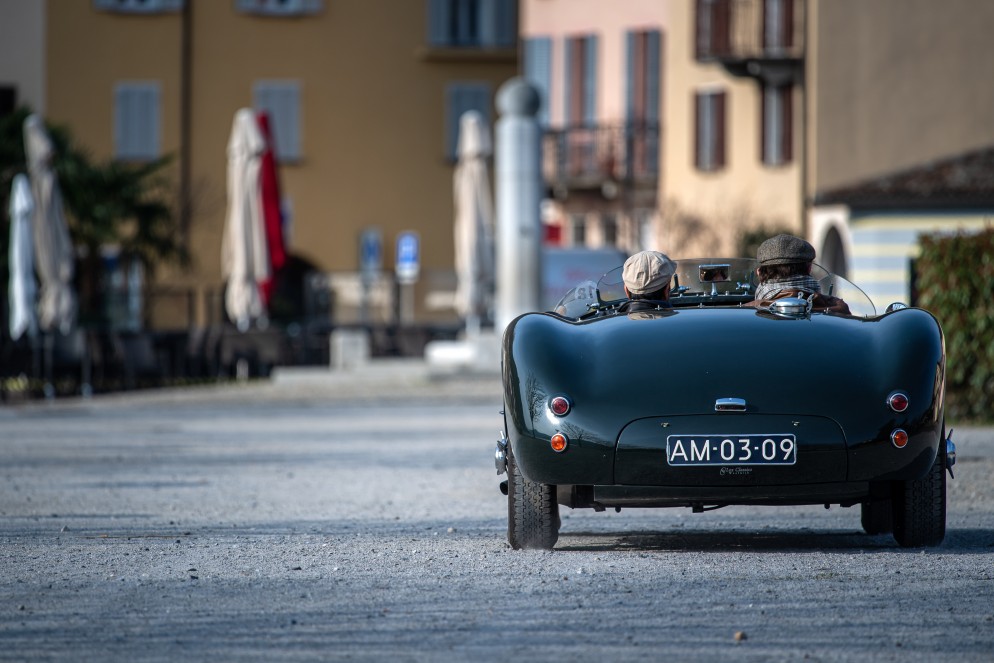 is about to welcome collectors hailing from Germany, Italy, France, the United Kingdom and other countries with a total of almost fifty cars participating, the main feature of the event will be, as anticipated, a strong connection with the region. «We seek to challenge pervasive personalism with participatory ethics» explains Albertini. «After the dark and depressing times of the quarantines, our ambition is to breathe new life into the city centre of Lugano, its shops and restaurants, and to promote Ticino, not only for its historical and natural beauty, but also for its wealth of manufacturing and craftsmanship. Vintage motoring is certainly a preferred means of encouraging this kind of tourism. We have also found a common purpose with Matt Faoro, General Manager of The Lonville Watch Co. - incidentally, I read his interview in Hub and have been working on other ways of promoting Ticino, such as haute horlogerie and vintage boats, involving both Lonville and the Cantieri Navali Classici of Capolago. Luckily there have been many partners who have shown themselves willing to participate in this venture and we are encouraged by the patronage of institutions, such as the City of Lugano and Lugano Region».